Model and TV persona Vogue Williams has taken to her podcast to rant about an “awful” aircraft passenger who refused to swap seats together with her when she requested to be nearer to her household.

She was boarding a flight leaving Gibraltar together with her husband, actuality TV star Spencer Matthews, and their youngsters Theodore, 3, Gigi, 2, and new child Otto when she realised that she had booked the mistaken seat.

On the couple’s podcast, Spencer and Vogue, she mentioned: “I was sitting in an aisle of three [seats] and I had booked the wrong seat in the other aisle and that was my mistake.”

Spencer and their daughter Gigi had sat within the window seat and center seat within the row subsequent to Vogue’s. He requested the male passenger subsequent to them if he would thoughts swapping seats with Vogue and he mentioned no.

In relaying the dialog, she mentioned: “Spenny was like ‘Would you mind doing window instead of aisle so we can be together?’

Vogue went on: “We were just like, ‘Oh, okay dude, that’s okay,’ and so anyway when he realised he was being an absolute t**t, he looked at me with a newborn baby and the two kids beside me, he was like ‘Okay, fine, fine I’ll do it.’

“Then literally the air hostess came down and I asked her ‘Would you have another aisle seat for this f***** particular piece of s*** over here?’”

She accused that the person of being “awful” and Spencer added: “He was rubbish.”

Vogue additionally recalled a extra constructive expertise with a fellow flyer. She mentioned she was travelling with one among her youngsters and was positioned in a center seat, and {that a} lady let her swap for her aisle seat.

On the podcast, she mentioned: “This lady comes alongside, the proprietor of the aisle seat, and he or she mentioned ‘No no, you’ve acquired a child, I’ll sit within the center.’ I used to be like ‘You are an angel sent from God, you are so kind.”

After venting her frustrations, Vogue then appealed to listeners of their podcast to help parents on planes as she said travelling with children on flights “is a nightmare”.

Last month on their podcast, Spencer admitted that he had tried to jump a queue at Malaga airport but that he got rejected and was sent to the back of the line.

The Made in Chelsea star said he had flown to Barcelona for a night to attend a wedding and arrived at the airport on time to find about 300 people queuing at security.

Spencer said: “[I] tried to do my queue jumpy thing and go down like the queue with no one in it because there was somebody manning the front of the queue, got rejected in front of a big crowd.” 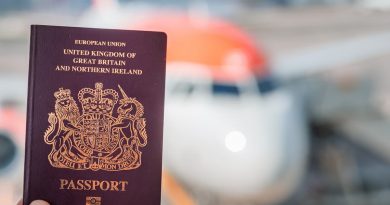 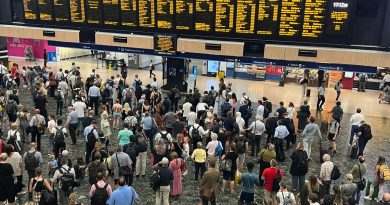 Train drivers to strike on 1 and 5 October