As members of the RMT union put together for the subsequent nationwide rail strike, one main practice operator has introduced it can shut half its rail community on account of industrial motion – for 26 days in a row.

Chiltern Railways, which runs trains to and from London Marylebone station, will cease operating on the Midlands a part of its community from 13 December – when the subsequent 48-hour strike begins – till 8 January inclusive.

For nearly a month, no Chiltern companies will run north of Banbury in Oxfordshire. The 24 stations affected embrace the vital Birmingham stations of Snow Hill and Moor Street, in addition to Kidderminster, Leamington Spa and Stratford-upon-Avon.

The stations will proceed to be served by different operators, topic to industrial motion.

A spokesperson for Chiltern stated: “We are disappointed to have to reduce our services significantly over the festive period due to industrial action by the RMT, and wholeheartedly apologise for the disruption this will cause our customers at such an important time of the year.

“The disruption will be substantial, and customers should only travel on our services if absolutely essential.”

The most protracted and disruptive rail strikes since 1989 will begin on 13 December and contain industrial motion on a complete of 12 days, stretching into the New Year.

In addition, RMT members working for Network Rail will stroll out for 60 hours from 6pm on Christmas Eve till 6am on 27 December.

The intention is to scupper engineering tasks scheduled for Christmas Day and Boxing Day. No passenger trains are scheduled to run on 25 or 26 December.

During subsequent week’s two strikes, and on the intervening day (15 December), Chiltern will run a restricted service from 8am to 4pm on the remainder of its community.

On Sunday 18 December – the day after the second deliberate 48-hour strike – there might be no Chiltern Railways companies on any route.

The practice agency’s spokesperson stated: “The overtime ban in place has put immense pressure on our train maintenance depots, and this has resulted in us having to offer a reduced service throughout the whole period of industrial action and the day after the action ends.

“In particular, it has forced us to close our train maintenance depots on Sunday 18 December, and as such, we will not be able to operate a service on this day. We have exhausted all options, and this is not a decision that has been taken lightly.

“We apologise to customers for the inconvenience that this will cause.” 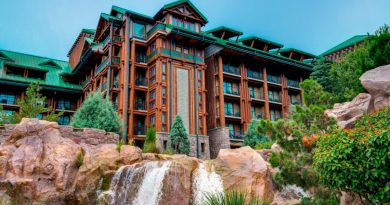 These Florida locals booked into Disney World throughout Hurricane Ian