<< back to foods in Jamaica

When you think of Jamaican cuisine, chances are you think of jerk chicken (or pork). And rightly so: It’s the most iconic of Jamaican meals, true Jamaican soul food that belongs to Jamaicans, and by far the most common export abroad in terms of dishes.

Jerk actually refers to the way the meat (or fish, or breadfruit, or even vegetable) is seasoned and cooked: marinated or rubbed with spices like cinnamon, clove, garlic, ginger, thyme, scallions, allspice (aka pimento berries, native to the island), and Scotch bonnet peppers, then slow-smoked till tender, traditionally over pimento wood. It’s a method that dates back to Jamaica’s original inhabitants, the Arawak Indians (aka Taínos), generally believed to have come to the island from South America some 2,500 years ago; they’d cook the local wild pigs over the wood of the allspice tree. When the island’s African slaves, the Maroons, began escaping the British and Spanish plantations in the 1650s, they introduced to the Taínos their method of smoking food in earth-dug pits (source here)—and the rest is history.

Nowadays anything can be jerked—and smoking inside oversize oil drums converted into charcoal grills (aka “drum pans”) is more common than earth pits—but on the island chicken and pork are most popular. Sometimes it’s wet and juicy (more of a marinade, with vinegar or soy sauce added) and sometimes it’s dry-rubbed and crisp. Either way, the good stuff is a spicy revelation, sweetly smoky and seasoned to its core, reflecting the skill and patience of an expert jerk master.

Good to know: “Jerk” is believed to derive from charqui, what the Spanish called preserved, dried meat (i.e., “jerky”), which in turn came from charki in the Quechuan language, spoken by indigenous Peruvians.

Where: You can find jerk chicken and pork all over Jamaica, but if you’re in Portland Parish, you’re in luck: Boston Bay, about a half-hour east of Port Antonio, is considered the birthplace of commercial jerk cooking, and is therefore the island’s most renowned destination for the stuff.

The place to go is the Boston Jerk Center (map), a collection of open-air jerk pits and vendors who’ve long had jerk in their blood. We liked Little David’s stand (851-2752), run by a dreadlocked man otherwise known as Carvin Leopold Atkinson who’s been jerking for more than 30 years (and is the great-grandson of one of the original jerk sellers in this area).

Order: The jerk chicken or pork (JA$500), or try what may be his invention, jerk chicken sausage. Pictured is delicious, just-spicy-enough jerk chicken, an ideal mix of tender slow-cooked meat and aromatic crisp skin, with just the right amount of his ingenious sauce (which definitely includes allspice, chilies, ginger, garlic, and thyme). The traditional starchy accompaniment of festival—the finger-shaped fried dough—is also on the plate, along with roasted yam (rice and peas are on offer too).

Alternatively: In Port Antonio, Piggy’s Jerk Center (map) and the Portland Jerk Centre (map) are also good bets; in Ochos Rios, we liked the Ocho Rios Jerk Centre (14 DaCosta Dr., map), an open-air bar and grill with music and beer. If you can’t make it out east, try the ever-popular Scotchies (Coral Gardens Ave., map) in Montego Bay, or the Pork Pit (27 Gloucester Ave., map). Beyond the big names, anywhere where the smoke billows and the scent intoxicates is worth a try! 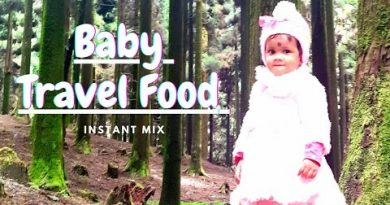 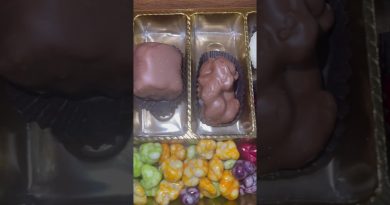 Jerk chicken or pork with festival in Jamaica