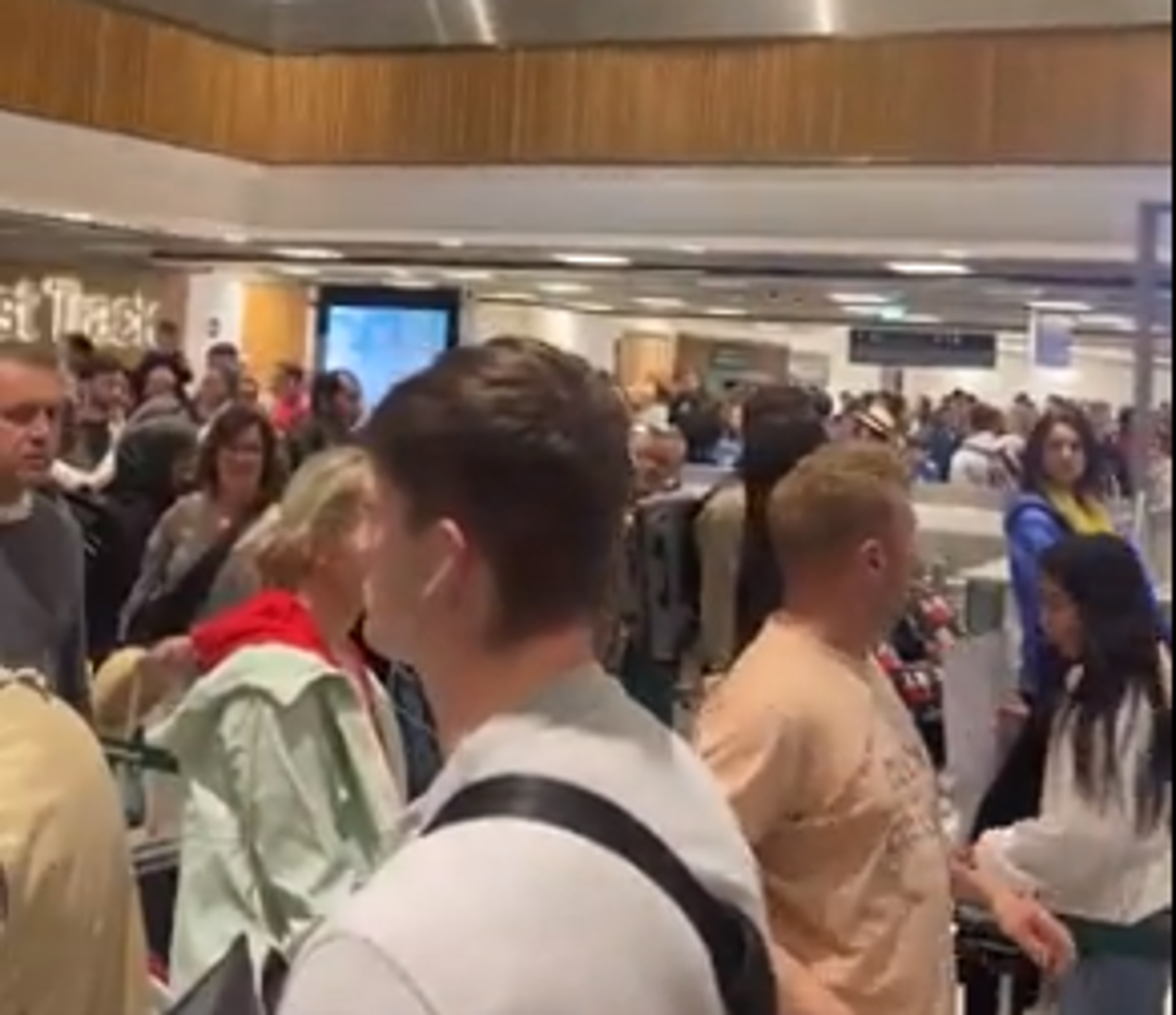 British holidaymakers hoping to jet off this week face continuing travel disruption across the UK.

After preemptively axing 240 flights over the weekend, easyJet cancelled two more services at the last minute from Gatwick this morning.

The budget carrier’s grounding of the dawn flights to Seville and Rome was announced only an hour before they were due to depart.

Meanwhile, passengers arriving at Dublin airport in the early hours of this morning continued to report long queues for security following a weekend which saw lines stretch outside the terminal, with passengers warned by the airport they could miss flights as a result.

Outside of the UK, travellers at Amsterdam’s Schiphol airport also reported similarly chaotic scenes. Britons waited for two hours outside the terminal amid half term holiday chaos, with flights jetting off without passengers who were stuck in queues.

Elsewhere, other carriers are suffering long delays. At Bristol and Manchester airports, many Tui and Jet2 passengers are departing two or three hours behind schedule.

British Airways continues to scrap more than 100 flights a day, though these are pre-planned cancellations, with affected passengers warned ahead of time.

‘Many in tears’ at Manchester airport

A man who said he was stuck at Manchester aiport for 11 hours before his flight to Greece was cancelled told the BBC people were “in tears” amid the chaotic scenes.

James Sutton, 50, of Warrington, said he had been due to take off on Sunday on the 07:55 BST flight to Heraklion in Crete.

He said: “It was a shambles. It took nearly three hours just to check-in with our bags.

“When we did get on the flight it couldn’t take off as they didn’t know where anyone’s bags were.”

Mr Sutton added: “After a few hours, the pilot decided to take everyone off and the flight was cancelled.

“There were lots of angry people with many in tears.

“The police came at one point as I think staff were worried it was going to boil over.”

Manchester airport has apologised for the general disruption.

Passengers queued 1 and a half hours at security gates – Bristol

Bristol airport said passengers queued for one and a half hours at security gates this morning.

Delays to security checks have been behind lots of travel chaos in recent months.

Several airports have reported staff shortages as travel picks up from the pandemic nadir.

More on the ground from Bristol

Some more pictures have come through from Bristol airport, where passengers were forced to queue outside the terminal building this morning due to delays [see earlier post].

Which? posts advice on claiming compensation

Consumer advice brand Which? has posted a guide on claiming compensation for flights missed due to delays.

It says passengers are unlikely to be refunded if the delays are due to the airport rather than the airline.

All the British Airways flights cancelled today from UK airports

British Airways has cancelled 140 short-haul flights to and from its main base, London Heathrow airport on Monday.

The Independent calculates 26 domestic flights have been grounded, including four round-trips from Heathrow to Edinburgh and two to both Aberdeen and Glasgow. inverness, Manchester, Newcastle and Jersey are also affected.

One hundred and fourteen international flights are cancelled, including four round-trips from Heathrow to Amsterdam and holiday flights to Faro, Malaga and Venice.

Helen Coffey and Simon Calder have compiled a list of all cancelled flights here:

Dublin Airport officials have been summoned to an urgent meeting with Irish junior minister Hildegarde Naughton today after “significant queues” yesterday forced the airport to admit that some passengers could miss their flights.

In a statement on Sunday, the Department of Transport said Transport Minister Eamon Ryan and Ms Naughton have “expressed deep unhappiness” over the scenes at the airport over the weekend. Irish prime minster Micheal Martin said the situation was “not satisfactory”.

As a reminder of what it was like yesterday, see the following video which features scenes not dissimilar to those at Bristol airport this morning [see earlier post].

Dublin airport passengers told they ‘may miss flights’ due to queues

The chaos continues at Dublin airport today, as snaking queues reportedly started building up in the early hours of this morning (Helen Coffey writes).

A passenger shared video filmed at 3.40am, in which long lines can be seen waiting for security.

“Queues thick with people growing in depth too,” tweeted Dr Barrett, alongside the footage. “Management well aware for months – worse it’s getting.”

They added: “Time through security display has been turned off … sums it up really.”

Manchester Airport ‘blames everyone else’

Manchester Airport has been criticised for pinning the blame for mass flight delays on airlines and baggage handlers.

In a statement, the airport apologised for the disruption but said delays at check-in and baggage reclaim were the responsibility of airlines and ground handling firms, which run their own services.

It added that staff were “in contact with the senior management teams of the relevant airlines and ground handlers” to “understand the cause of these issues”.

Twitter users were not satisfied by the airport’s statement and voiced their disagreement.

“Another statement that pretty much blames everyone else … They seem in denial. Management overhaul needed,” one wrote.

Manchester airport also said it was working to make security waiting times shorter – which one user alleged was because of a shortage of security staff.

They wrote: “How are the ‘airline companies’ to blame for the ridiculous and dangerous security queues?? This is a shameful statement as a large number of ‘Security’ were laid off at the start of covid as you didn’t want to make up the furlough shortfall!!”

After delays at the airport earlier in Spring, a spokesperson said it was “under-resourced” and trying to recruit more staff.

Stranded travelers have reportedly compared the scenes at Bristol airport to “a zoo” with scenes of disorder and confusion.

Over the weekend, the chaos at Bristol saw thousands of passengers arrive to board flights ahead of the May half term and bank holiday weekend.

Today, passengers reported having to wait hours to even enter the airport building.

The following pictures were taken at Bristol airport today.

Britons waited for two hours outside Amsterdam’s Schiphol Airport amid half term holiday chaos, with flights jetting off without passengers who were stuck in queues (Josie Adnitt writes).

Queues stretched from outside the building through to security with the airport blaming staff shortages for the delays.

Passengers said they waited for around two hours outside and then spent up to a further hour in various lines inside the terminal.

EasyJet customers in the queue had already faced additional delays after their Saturday flights were cancelled due to “IT issues”. 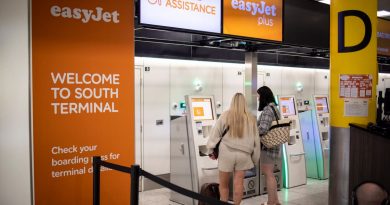 Rail strikes known as off: what does it imply in your journey? Australia to cost vacationers entry for many photogenic spots