As the largest rail strike in 4 a long time started, the overall secretary of the RMT union attacked what he says are the federal government’s plans for the railway.

Mick Lynch claims ministers plan to close each ticket workplace in Britain and take away guards from trains.

The rail union boss stated: “We cannot go back to having guard-less trains, as [former transport secretary] Grant Shapps called it.

“We cannot accept the closure of all the ticket offices in Britain. That’s what’s on the table. No ticket office will exist on the national railway network if Grant Shapps’ plan goes forward.”

The Department for Transport has insisted, “No final decision has been taken on ticket offices.”

Mr Lynch was talking on a picket line at London Euston station, which is closed due to industrial motion by 4 unions.

Train drivers belonging to the Aslef union, and members of the TSSA and Unite, have coordinated stoppages that the RMT stated would “bring the railway to an effective standstill”.

In truth, round one prepare in 9 is operating – primarily on intercity hyperlinks between London and cities akin to Leeds, Sheffield, Bristol and Southampton.

The normal secretary stated: “Companies will try and run a skeleton service but it won’t be anything that the public can rely on, as far as we can see.”

Union bosses have met the brand new transport secretary, Anne-Marie Trevelyan, in what Mr Lynch referred to as “a good meeting, positive”.

Ms Trevelyan informed the Evening Standard: “Hopefully, my view of the world and the ability to bring everyone together is something that will get everyone to agree that we can find a landing zone that we can all live with.”

A spokesperson for the Rail Delivery Group, representing prepare operators, stated: “No final decision has been taken on ticket offices.

“We are looking at how we can move staff from behind glass windows in ticket offices to provide face-to-face assistance elsewhere on the station where they are closer to customers and better placed to help them.

“Staff will always provide face-to-face services on the railways, which can be crucial for those who need additional support and cannot, or do not want to use contactless or mobile tickets.   The reality is that ticket offices have seen a significant decline in passenger use over the last decade.

“The changes would greatly improve our ability to make staff available at the right place and right time to help customers in a variety of ways, rather than being restricted to just selling tickets.  Staffing levels will continue to take into account the safety and security of customers and staff.”

The RMT normal secretary stated he may even be searching for substantial pay rises.

“We’re not at [the point of addressing] pay at the moment,” Mr Lynch stated. “You don’t get a pay rise if you haven’t got a job, it’s as simple as that. And if you’re working 24-7, working round-the-clock, the conditions are vitally important.

“When we work that out we’ll move on to what the pay deal is. We all know inflation is very high. These members here from more than one company have not had a pay deal for three years. And what’s been offered to Network Rail won’t solve that. That’s 8 per cent over three years.

“Who knows what inflation is? We’ll get a figure in a few weeks’ time, but it’s going to be in the teens, it could go higher. So there’s a lot of work to be done on pay, but we’re not even at the point of discussing it yet.”

Compared with earlier than the coronavirus pandemic, income from prepare tickets is down about 20 per cent – roughly £2bn yearly.

He stated Saturday’s industrial motion “serves only to ensure our staff forgo even more of their pay unnecessarily, as well as causing even more disruption for our passengers and further damaging the railway’s recovery from the pandemic”.

The prime minister has informed The Sun, “We will keep an iron grip on the national finances,” whereas a Liz Truss ally – levelling up secretary Simon Clarke – stated Whitehall departments must “trim the fat”.

The Department for Transport stated: “No final decision has been taken on ticket offices. Station staff are vital for passengers’ safety and passengers will always benefit from face-to-face assistance at train stations.

“The reality is ticket offices have seen a significant decline in use over the last decade, and by making station staff more adaptable we will have a better railway for passengers and taxpayers.”

A 12 months in the past, Ms Trevelyan campaigned towards proposed cuts in ticket workplace hours on the station serving her Berwick-upon-Tweed constituency.

She informed constituents she had written to LNER, the state-run prepare operator, and stated: “I hope they will listen to the concerns raised with them by passengers, and think of ways in which we can ensure those who wish to buy a ticket from a person at a station are able to do so.” 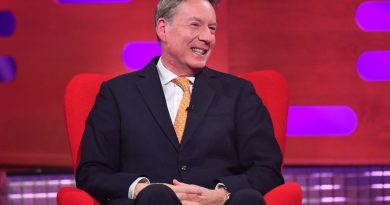